Podcasting in the Middle School...an update

About a year ago we began taking a serious look at podcasting technology and what implications it might have on the classroom here at USM. After a period of time where we did a little investigating, I did a brief overview of podcasting for interested USM teachers after school one day in the spring. About 8 teachers attended this introduction to podcasting session. I wanted to write article about where we're at with podcasting one year after this initial overview.

In the Middle School, we currently have 4 projects that are taking place and ongoing. I will list these projects below along with a brief description and links to the podcast projects.

8th Grade Social Students: The "American History Rules" Podcast on iTunes
This podcast series is created by our 8th grade social studies teacher, Chuck Taft. Each week Chuck writes a class summary that is sent to parents and archived at his blog. This year Chuck added a wrinkle to his weekly summaries for parents; he added an audio version of the summary in the form of a podcast. Chuck is also dabbling a bit with doing audio review guides. You may listen to/subscribe to the "American History Rules" podcast on iTunes by clicking the link above (when you click the link above, iTunes will load and take you directly to the American History Rules podcast series).

Foreign Language-French Class Podcasts
Our Middle School French Teachers, Pam Nosbusch and Neelie Barthenheier, collaborated on a project that they introduced to students in their 8th grade French class. Students took pictures and wrote a simple and basic script using the vocabulary words that they were using in their existing unit. Unfortunately their page isn't working write now, but when it is I'll have a link on this page.

7th Grade English-Parts of Speech Podcasts
This project is being started by Hannah Reimer and her 7th grade students this week. Students are creating a short (2 minute) podcast lesson where they teach the basic parts of speech. Students are working in teams to write a script and enhance their podcast lessons with photos.

Film Class Podcasts and 5th Grade Podcasts:
I am currently doing a couple of small podcasts with students. I am trying to take a few movies from our film class and presenting them in the form of podcasts. You'll see a claymation project at the link above. This was created by five 8th grade students in our film editing class from the first semester. The second project is being completed by 5th grade students in my 5th grade computer skills class. Students are working in teams to write a script for a tour of USM. Students took photos of the campus earlier in the fall that they are using as visuals in their podcasts. The collaborative scripts are being created using, "Google Docs," which easily allows students to collaborate on documents with one another.

Fine Arts Podcasts
Thirty second excerpts from Miriam Altman's Winter Concert were recently posted online in the form of video podcasts. We posted six samples from her winter concert. Last spring we did "docent tours" to go along with the student art exhibits for Fine Arts Night. Those podcasts are posted at this site as well.

Note: The fine arts podcasts and 5th grade podcasts are all password protected. Contact Mr. Montagne for the user name and password that you'll need to access these web pages/podcasts.
Posted by Matt Montagne at 09:37 No comments: 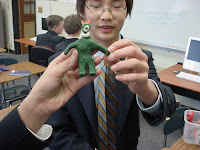 As the first semester draws to an end, I thought I'd take a moment to reflect on our first semester digital media elective course for 8th grade students. We had 18 students in three sections move through the course material this fall semester. This was the first year that we had three sections in one semester. It also happened to be the first year that we had a section completely made up of girls. This was the first time in five years of teaching this class where we had so many girls involved--they all really seemed to have a great time in this class which was nice.

Students in the class completed the following projects over the semester: software tutorial, silent movie, advanced camera techniques, scavenger hunt, music video, and a video special effects project. One section was able to complete a very short claymation project, which was really cool. The creativity that the students displayed in both the creation of their clay character and the movie itself was exceptional. The fact that the students completed this project in two classes was even more remarkable. 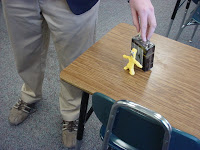 You'll see a few pictures on this page that I took as the students were creating their claymation characters for the project. This project went so well with these students that I'm hoping to be able to incorporate some type of claymation and/or stop action animation in our spring semester class which will be starting up in a week. I hope to have this project posted as a video podcast at iTunes in the next day or so. You may view this podcast as soon as it is posted by visiting Mr. Montagn'e .mac page.

Silent Movie Projects:
Perhaps the best "genre" of projects this semester turned out to be the silent movie project. "B Money" and "G Money" did a hilarious re-enactment of the great duel between Alexander Hamilton and Aaron Burr. Murph and Sam created an outstanding dramatic/comedic short about a presidential assassination. Alex and Ronnie created a nice silent movie about a kid who had his favorite hockey puck stolen in mid air. Basir, Will and Michael created a really clever spin on the movie "Click." The silent movie project is a keeper and a good exercise for students as they are required to build a film composition that has a clearly defined beginning, middle and end.

Music Video Projects:
The music video projects that we recently completed were extremely well done. The editing in Lauren and Meredith's video to the "I'm a Barbie Girl" tune was excellent. Kim and Mahin did a fantastic dance video to "Bye, Bye Bye." Camille and Paige also created a dance video, but to the tune of "I like to move it, move it." They took some awesome footage of students and teachers showing off some of their best dance moves. I would have to say, Mr. Piper's dance skills in Camille and Paige's dance video might have been the best!! Finally, Ronnie and Hats did a really fun music video to the song "I want to ride the Zamboni." It was terrific how they built a complete story around this fun song. The music video project is a great way to end the semester as it really gives students the chance to showcase their camera and editing skills that they worked on all semester.

All of these projects will be showcased at a student assembly on Wednesday, February 7th at 9:50.

A special thank you goes out to all 18 of these students for a wonderful semester in our 8th grade film class!!

Posted by Matt Montagne at 09:30 No comments:

This morning the sixth graders met for the second time this year to discuss issues of digital citizenship and ethics. The focus of the activites and discussion centered around being "Smart" users of email. We played a short game where students had to match terms with email transcripts. In our conversation we defined and discussed flaming, spamming, inappropriate forwarding, hoaxes, and viruses. Near the end of our discussion we talked about what we can do to prevent experiencing problems due to things like spam, viruses, and hoaxes. We talked about the importance of enabling the computer's software firewall, not opening attachments with certain extensions (eg: .exe), not opening emails from people we don't know, and using virus protection.

The students did an excellent job of listening and participating in our session today. Ask them about some of the things we talked about in advising.

As a reminder, we follow the iSafe program when working with students on these topics in the Middle School here at USM. For more information on the iSafe program, visit: https://www.isafe.org

Have a nice weekend! 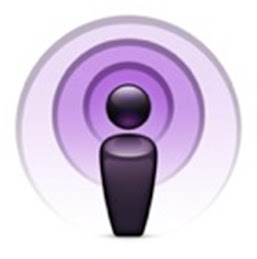 "Daring ideas are like chessmen moved forward. They may be beaten, but they start a winning game." I collect with vodpod

This work is licensed under a Creative Commons Attribution 3.0 United States License.